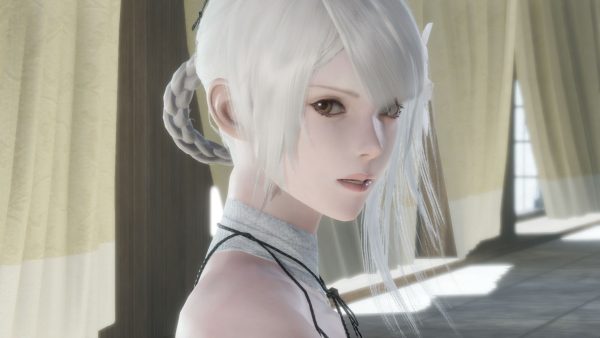 The PC version of Nier Replicant is not great, but community-created solutions are starting to appear.

Nier Replicant players on PC have been running into a number of problems since the game’s launch on Friday. While they are not as significant as those encountered in Nier Automata, they’re nonetheless causing unnecessary friction.

Setting aside performance issues, the biggest problem right now is that the game’s logic breaks when it runs at framerates above 60fps. This is sadly a common problem in Japanese games, and in Nier Replicant, it makes the character uncontrollably fast. Animations tied to the framerate are nonetheless affected, causing them to bug out.

Modders Ersh and SkacikPL have created a fix in the form of a small mod available now on Nexus Mods. After installing the mod, you’ll be able to input the framerate cap appropriate to your monitor/what your PC can support. Ersh and SkacikPL say that framerates up to 360fps work just fine, even on monitors that do not support it.

The trick, however, according to the mod’s description, is to pick a framerate target your PC can actually maintain, or fall slightly below. Going above your set limit will still break the game’s physics.

Kaldaien’s Special K injector, which Nier Automata players will be very familiar with, has also been updated to support Nier Replicant. In particular, it fixes a bizarre problem that tanks framerate when using an Xbox Controller. This is due to the game forcing PS4 HID input, which Special K lets you disable.

Special K is also useful for locking the framerate, disabling v-sync (something that’s also forced by default), and turning off the mouse cursor when playing with a controller to prevent it from randomly showing up.